Samsung Galaxy S4 will be available for a price of Rs. 39,000 best buy after its launch in india 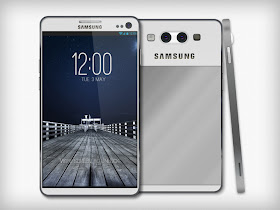 The device maybe available for pre order within a few weeks from now in online shops  like ebay.in but in India consumers are more worried about the warranty of the device and prefer to buy it from stores rather than importing it via online stores. In pictures, Samsung Galaxy s4 seems to have a similar  build quality of Apple iPhone 5, looks even better and has better specification when compared with iPhone 5. Will Samsung Galaxy s4 be the actual iPhone killer ? Well.. lets wait and see.
Unknown at 00:54
Share